Powerful by Patty McCord is one of the best business books I’ve read in a while. Patty McCord was the chief talent officer at Netflix from 1998 to 2012, and along with founder Reed Hastings, she was responsible to create the wildly innovative culture at Netflix which is very well known today.

I first discovered the book via this HBR article: How Netflix Reinvented HR, and I was intrigued by the embedded slide deck which was written in 2009, and is popularly known as the Netflix culture deck. This deck has been downloaded more than five million times, and explains how Netflix shapes their culture and motivates performance.

Several things in the deck make you do a double take; for instance, Netflix’s formal expense policy is five words long: “Act in Netflix’s Best Interest”.

That’s it? Can a public company worth over a $150 billion really have an expense policy which is essentially no policy. Apparently, the answer is yes. In the book Patty McCord states that they rarely had any trouble with this type of policy – occasionally someone would eat at a restaurant that they shouldn’t, or buy a gadget that they shouldn’t, but by and large this policy just works.

Similarly, the no defined vacation policy which is not very uncommon these days was pioneered by Netflix.

Compared to some of the other ideas mentioned in the book – these two things seem almost trivial. The most powerful thing to me was the thought that Netflix says that adequate performance gets a generous severance package. The idea is that they want to hire only top performers, and pay their top performers top of the market rate. This is because while in procedural work the best performers perform 2x as much as the average performers, in creative work the best performers contribute 10x as much as the average performers, so it makes sense to hire just one great person rather than two average ones.

Obviously, the flip side of this is the immense pressure a lot of Netflixers must come under to perform, and this is clearly not for everyone.

The question when reading business books is how relevant they are to what you are doing. In terms of directly actionable things – I believe there was just one – Patty McCord talks about getting feedback on yourself in the form of Start, Stop and Continue, and I am interested in implementing that for myself, and see what my colleagues have to say about my performance in these three simple buckets.

While other things may not be actionable for me in their pure form I did some further reading on almost everything mentioned in the book and concepts such as managing with context, not control, and avoid rules can always be adapted to suit your style.

While these things are all at a tactical level, the foundation of all of this is to hire high performance people, and Netflix does a great job on defining what high performance means to them. That is something you can certainly model yourself on if it resonates with you.

In deciding whether you should read this book or not, I would say that go ahead and read this HBR article on How Netflix Reinvented HR, and if you find that interesting then you will definitely find value in the book.

I recently finished reading Succeeding with Agile by Mike Cohn, and absolutely loved it. I have read Mike Cohn’s blog for a number of years now, and I am a big fan of his writing, and after reading this book I have decided that I will read all his other books, and also undergo his online trainings; I really did find a lot of value out of this book.

The book is full of practical advice on scrum, and lists out the various problems you will encounter while implementing scrum, or practicing it in your organization.

The book is structured quite simply, and intuitively in the following heads:

Each section goes into a lot of detail that taps into Mike Cohn’s experience with dealing with the challenges that organizations, and individuals face in adopting and running scrum teams.

Although I liked each and every section, my favorite one was on teams. Ultimately, a large part of running an Agile program successfully is to have an inspired, united, motivated team who has each other’s backs, and this section goes into great depth as to how you go about building that. This section also deals with some key aspects of sprint planning, backlog management, leading a self organizing team which are all at the heart of a successful agile project, and are also things that I am most closely associated with as a scrum master.

There are two other great things about this book that I’ve really enjoyed: one is that every section is peppered with common objections that Mike has heard throughout his career, and how to counter them. These are certainly things that I’ve heard myself, and even experienced myself. It is very beneficial to read from one of the most well respected thought leaders in the agile community on these objections, and then model the responses in your own behavior, and interactions.

The second thing is the extensive list of further reading material and references provided in this book. It is very exhaustive, and varied, and just this morning I spent an hour going through Hofstede’s cultural index which I found fascinating.

In conclusion, I think this is a great book, and even a must – read for anyone who works in any role in a scrum environment, and certainly for all scrum masters.

Mistakes Were Made (but Not by Me) was a very interesting albeit somewhat repetitive book. This book deals with the concept of cognitive dissonance  which you experience when you hold two conflicting beliefs in your head, or when your actions aren’t in harmony with your beliefs.

I encountered this myself while reading the book, and it was quite a fascinating thing to observe it in myself, and see the things that the book talks about.

This is what happened with me: I think of myself as someone who cares about the environment, and does his part to conserve water, energy, avoid plastics etc. I am also a new dad, and as any new parent can tell you the cries of your baby are the most unsettling thing in the world. I accidentally discovered that water running in the bathtub soothes my four month old, and taking her to the bathroom and letting her listen to and watch the water run in the bathtub works like magic to soothe her. The problem of course is how much water gets wasted.

My mind kept coming up with justifications, and rationalizations to reduce this dissonance, and this was all automatic. No one was telling me I was doing something bad, and it is significantly more effort to make the rationalizations stop than it is to just convince yourself that wasting water is not so bad if it makes your baby stop crying!

This is what the book is about, but it deals with a lot more important topics such as criminal justice, political beliefs, cult following etc.

I enjoyed the book, and the stories; for people who are familiar with cognitive dissonance there is probably nothing new here except for the anecdotes and stories. I found the chapters on dealing with the problem a little light, and maybe that is a topic for another book.

All in all, I am glad I read it, and I think this topic is especially relevant in today’s polarized climate, and gives you a moment to step back, and think about not only your own cognitive dissonances, but allow others to have theirs too.

I read this book sometime late last year, and absolutely loved it. The book is about chess opening names, and the history behind them.  Chess has a lot of interesting opening names, and I have never come across anyone who knows the history behind these names, so it can be a very interesting conversation among chess fans if you are the one who knows about these names. 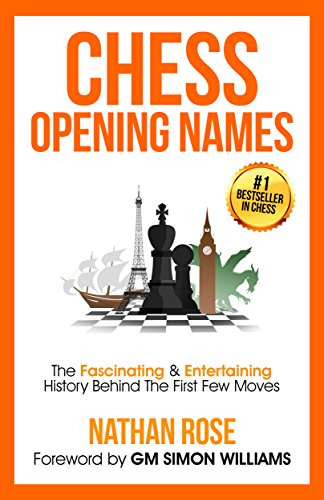 That being said, you have to have an interest in chess opening names specifically in order to enjoy this book, so that definitely narrows down its audience. If you are however someone who plays chess, and knows a few openings yourselves then you’ll definitely find yourself enjoying this book.

I’m pretty excited to have hosted my first app on AWS! I have been playing around with R & AWS since the last six months or so, and went through a Shiny app tutorial last month.

Shiny apps are a great way to build responsive web pages that run R code, and generate very pretty graphs and charts. I was quite impressed with Shiny’s simplicity, and wanted to explore it further.

However, there’s not much meaning to creating impressive visualizations if you can’t share them easily, so I tried to see how easy or hard it is to be able to host it on the web.

AWS is the go to solution for this kind of thing these days, so I decided to start up an EC2 instance with Ubuntu on it, and install R & Shiny server on it, and then move my R code to this server.

It wasn’t hard at all, but it did take me two tries because I have never done this thing before. I got the code for app itself from the introductory R Studio tutorial.

In the end I was amazed at the relative ease with which you can bring together all these technologies, and have something up and running so quickly.

Here’s my AWS page. The Shiny app tutorial that helped me get started, and the Git page to the code in the tutorial. Finally, this tutorial that teaches you how to install Shiny server on AWS.